They aren't considered the best movies ever made, and many of them are pretty ridiculous, but we love James Bond films nonetheless.  So much so that we've watched them all, twice, in chronological order. So with the new James Bond film out, it was an obvious choice when deciding which movie we want to see.  Now, there really isn't much to say about the plot line, because every James Bond film has the same one.  Something or someone goes missing or is stolen and it's James Bond's job to get it back.  There are some close calls along the way, and many lovely ladies, but James Bond always gets the job done.  What I really liked about this particular one is that it brought everything back toward the old school Bond movies.  I don't want to say more, just in case you haven't seen it yet.

No matter what type of movies you like, there is always room in your heart for a good Bond film.  Come on, who doesn't love a secret agent kicking butt while wearing a suit, seriously.

Do the Right Thing

Do the Right Thing, circa 1989, is one of Spike Lee's first films.  It centers around a Brooklyn neighborhood, during a record breaking heat wave.  Lee, who is the main character, is a young man working as a pizza delivery guy for a pizzeria owned and run by an Italian man and his two sons.  As the temperature rises, so does tension and frustration between those living in the neighborhood.  The film addresses hate and prejudice as it depicts Latinos hating African Americans, African Americans hating the Italians, an Italian son befriending an African American as another's prejudice towards African Americans grows.  All of this disdained for others culminates in one large act of violence, which leaves the community right back where is started, divisive.

This film is on AFI's top 100 movies, and with good reason.  This film gives a glimpse into a world of prejudice and it's unproductive ways, without placing any sort of blame on one particular group of people.  Just try to look past all of the terrible 80's style.

This film was surprisingly funny, and I'm definitely one to avoid anything with Jennifer Aniston in it.  Particularly, Justin Theroux's character was funny.  Paul Rudd and Jennifer Aniston are a New York couple who fall on hard times after Rudd loses his job.  They go to stay with his brother in Atlanta, but end up choosing to reside in a collectively community off the beaten path.  The group of hippies is endearing and Rudd and Aniston start to enjoy their time there, except being away from "normal" life becomes harder for Rudd and easier for Aniston.

This one is definitely not for the all-time favorites list, but it was a good movie on a night when we wanted something lighter and funnier. 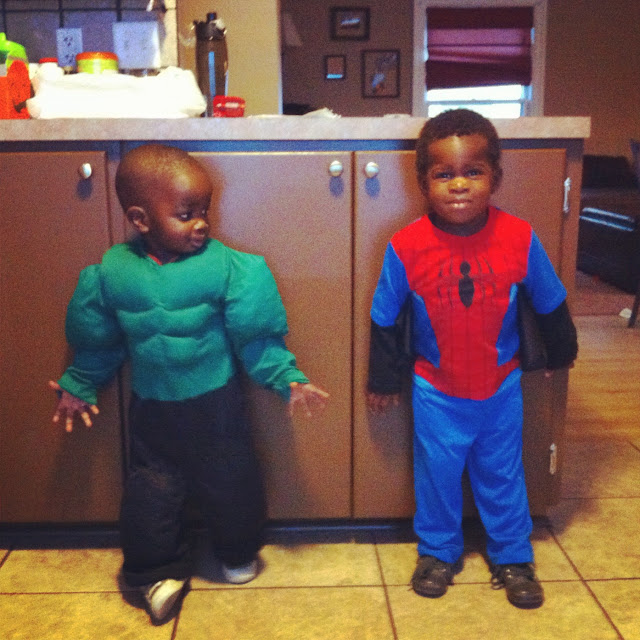 To begin, here is the only good photo I got on Halloween.  When there are 7+ children under 3 running around the house, everything's a blur.

I just wanted to pop in today.  There is nothing big on the schedule.  I worked out this morning, which is something that I love but don't do enough.  This afternoon will be filled with homework, particularly statistics, since it's been taking up all of my free time.  And tonight, I get to spend the evening with my lovely friend.  It's our Monday night routine, and it definitely helps me keep my sanity for the rest of the week.  Best of all, we watch Revenge and Project Runway, our favorite shows.
Posted by Teresa at 12:29 PM No comments:

We were given a date night last weekend.  It had been so long since we had seen a movie, and the last one was a dud, so all I wanted was to see something good.  We didn't know much about this one, but it was getting great reviews and was written by someone we've enjoyed before so we thought it was a good choice.  Hallelujah, it was!  At least for us.  It reminded me just how much I love and have missed seeing good movies (which is obviously a relative term, and only applies to my own likes/dislikes, but makes me no less excited).

The film stars Colin Farrell, Christopher Walken, Sam Rockwell and Woody Harrelson.  Farrell is a screenplay writer trying to write a film titled Seven Psychopaths.  Sam Rockwell, his friend, gives him a couple of ideas and he is able to start putting it together.  Although, as he starts putting it together, those who he's writing about are real and he realizes that the people around him are, in fact, psychopaths.  This film has very dark elements at times, but then in the same scene I would find myself laughing out loud.

Honestly, this film might not be for everyone.  It is from the same writer as In Bruges, so if you liked that you're bound to like this too and if you didn't like it, well, maybe you should see someone else this weekend.

True Friendship, According to a Toddler

If this is what makes them happy and love each other as much as they do, as long as no one is losing a limb, I say go for it.  I love what they find so enjoyable and love to do together.  And just so you know, my friend and I were called to the basement in order to witness this fun.  It was that awesome to them :)

I just realized as I was typing out this post that my entire outfit from this weekend was from Target, oops.  Can't say I don't love that store.  I just saw a winter scarf there that I am debating about getting. One can never have too many scarves, right?  My thoughts exactly.

This weekend, I wore this outfit for our usual Sunday activities.  This skirt is super comfy and I thought I'd mix up my fall wardrobe a bit. 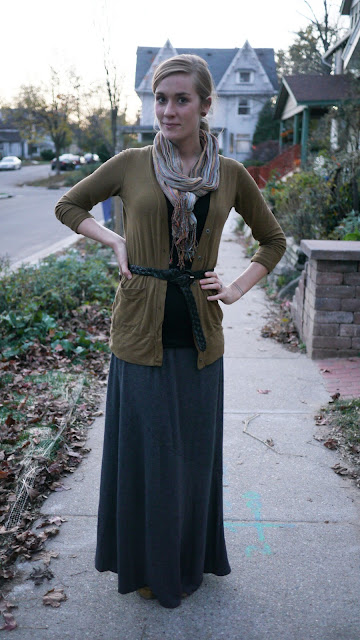 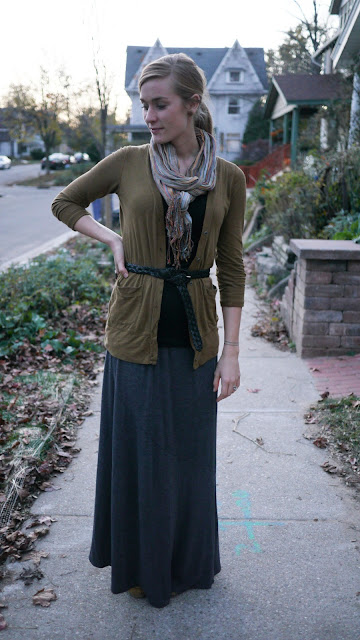 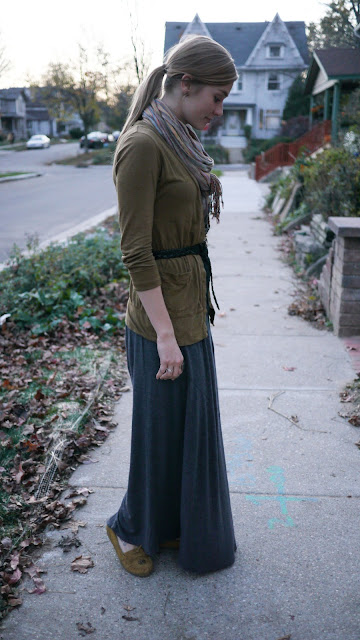 Eric and I weren't too sure about this film before we watched it.  We heard some good things and some not so good things.  But we went into it hoping to be entertained yet didn't expect to be blown away either.  And that's about where we ended once it was done.

This film lies somewhere between a realistic survival film and a horror.  It really isn't a horror, but the whole situation, particularly the wolves they are fighting, are a little beyond anything you would ever believe is real.  Liam Neeson plays a guard for an oil company in Alaska who survives a plane crash along with six other people and who are fighting against the elements and a pack of ravenous wolves for survival.

The aspects more similar to horror films seemed a little predictable, but the ending wasn't at all what we expected, in a good way.  If you don't scare too easily, I think this film would be okay.  I can't handle shock value horror (Saw, The Hills Have Eyes, Texas Chainsaw Massacre, etc), but I can handle intense thrillers and this film was totally fine for me.  It would probably make a good Halloween movie if you didn't want something truly in the horror category. 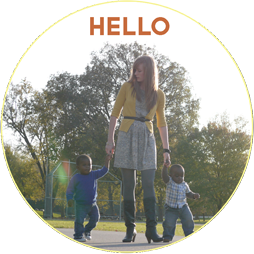